Beijing-based Light Chaser Animation announced today that it will release its first feature, Little Door Gods, on January 1, 2016 in China. The studio’s stated goal is to create a “world-class animated film with a Chinese cultural touch.”

Written and directed by Light Chaser founder Gary Wang, the film takes its inspiration from the decorative home ornaments that many Asian cultures believe will protect their households from misfortune. In Little Door Gods,two Door Gods in modern-day China face unemployment in the spirit world, as few people believe in their spiritual powers anymore, and one of the gods decides to venture into the human world to create trouble in order to prove his value.

“The cost of Pixar’s film [production] is too high,” said Mr. Wang, who founded the video site Tudou.com in 2005, at the time China’s largest. “We won’t spend $100 million on a film but we also want to produce world-class work.”

A familiar issue for many businesses these days is a scarcity of top talent.

Chinese film studio Light Chaser Animation has taken an unusual approach to help to solve this problem – it bought a robot.

The device is a “telepresence robot”, which it acquired from California-based Double Robotics. It consists of a battery-powered mobile platform to which an iPad is attached.

The wi-fi controlled device can move around the company’s offices and it allows animation director Colin Brady – who lives in Los Angeles and did not want to move to China – to communicate with the rest of the team in Beijing. 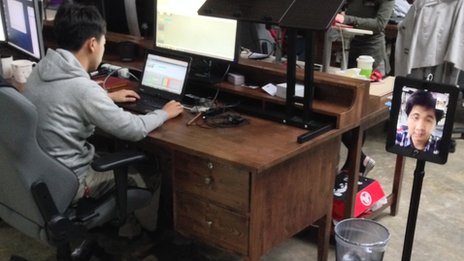 A year-old Chinese animated-film studio has hired former employees of U.S. powerhouses such as Pixar,while raising $20 million in the latest round of venture-capital funding.

Light Chaser Animation Studios in Beijing now employs about 130 people — including some Westerners as well as over 20 Chinese “returnees”who have worked overseas in U.S. and French animated film industries.The studio plans to increase its staff to 160 by August,according to founder Gary Wang,a Chinese Internet entrepreneur who previously co-founded online video site Tudou in 2005.

China’s Light Chaser Animation Studios has closed a $20 million round of Series B funding, led by GGV Capital and Chengwei Capital.

Light Chaser was launched in March 2013 by Gary Wang, founder of Tudou.com, which was bought by rival Internet video company Youku.com in a $1 billion stock deal in 2012. Wang has said his ambition for the company is for it to be China’s answer to Pixar — a boutique studio “creating world-class animated films with a Chinese cultural touch.”

Chinese audience online has mostly praised the production quality of the short film, especially its visual effects and the vivacity of the characters. Yet many found the storyline too plain, and the fairies somewhat similar to the “minions” in “Despicable Me,” except, the minions are cuter. 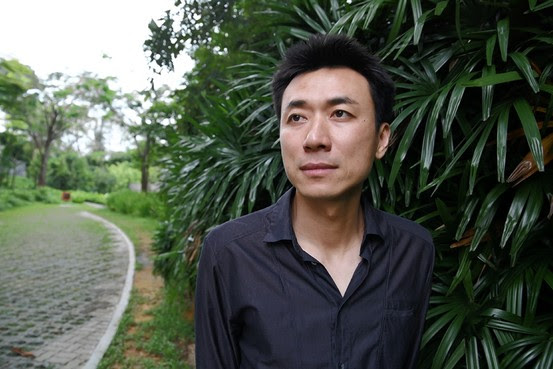